Changing the life of Chepa Lakra into a success story 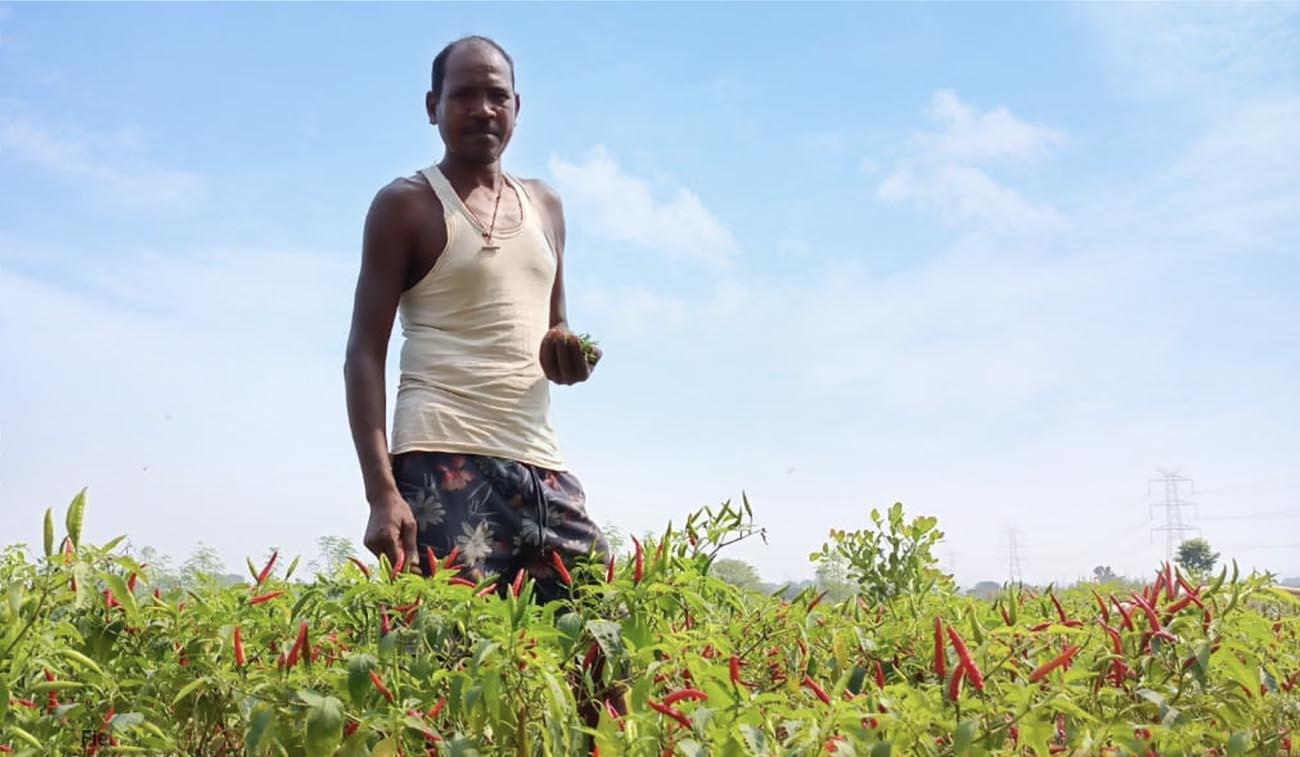 A few years back, he was in search of day labor to meet his family’s day-to-day requirements. He mortgaged his land for his sister’s marriage. He was struggling for everything but now smiling. His innocent smile speaks everything of his struggle, transformation, learning, and happiness. Yes, we are talking about a tribal youth Manoj Oram, 33 years old who is himself is an inspiration to his village stays in Sanpatrapali village of Tangarpali Block under the administrative jurisdiction of Sundargarh district. The entire responsibility of his family came to his shoulder in the year 2008 when he lost both of his parents. He was the elder son and his only sister was grown up for marriage. He was forced to mortgage his 1-acre land out of 2.5 acres and to borrow a hand loan from his relatives for his sister’s marriage. He also has a younger brother. There was less hope of agricultural crop production from the poor land. He had to depend upon the day labor for daily needs.

The Ujalpur Field Management Unit (FMU) under Sundargarh Forest Division started its livelihood-based income generation activities through convergence with line departments under the Odisha Forestry Sector Development Project-II (OFSDP-II). The Van Suraksha Samiti (VSS) Sanpatrapali, the village of Manoj Oram was included as the Batch-I VSS. Many discussions were made in the VSS meetings regarding the livelihood improvement programme. Being an active participant in the VSS meetings, Manoj is interested to get agricultural inputs from the Integrated Tribal Development Agency (ITDA), Horticulture, and agriculture departments. He also has undertaken capacity-building programmes from many departments.

The OFSDP-II Staffs of Ujalpur FMU including the PNGO Staffs always encouraged him for vegetable cultivation. Being encouraged, Manoj developed his 1.5-acre land and started vegetable cultivation in 2018. Since now he is regularly farming vegetables i.e. Tomato, Brinjal, Ladies Finger, Pumpkin, Long Guard, cowpie, Cabbage, Cauliflower, Mustard, etc. in the appropriate seasons. He de-mortgaged his 1-acre land in the year 2020.He has received Battery Powered Sprayer, Diesel pump, Plastic containers, Vegetable Seeds, fertilizer, and a deep bore well under convergence with appropriate departments under OFSDP-II. 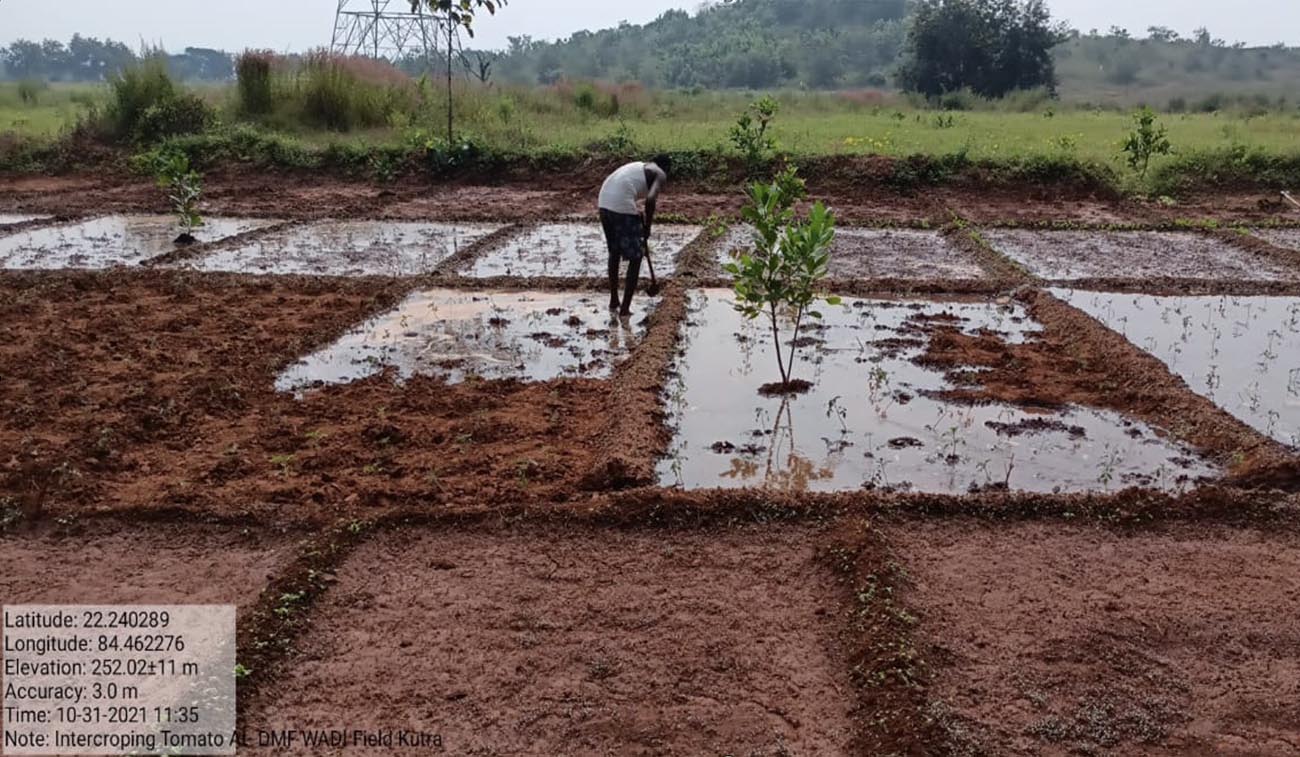 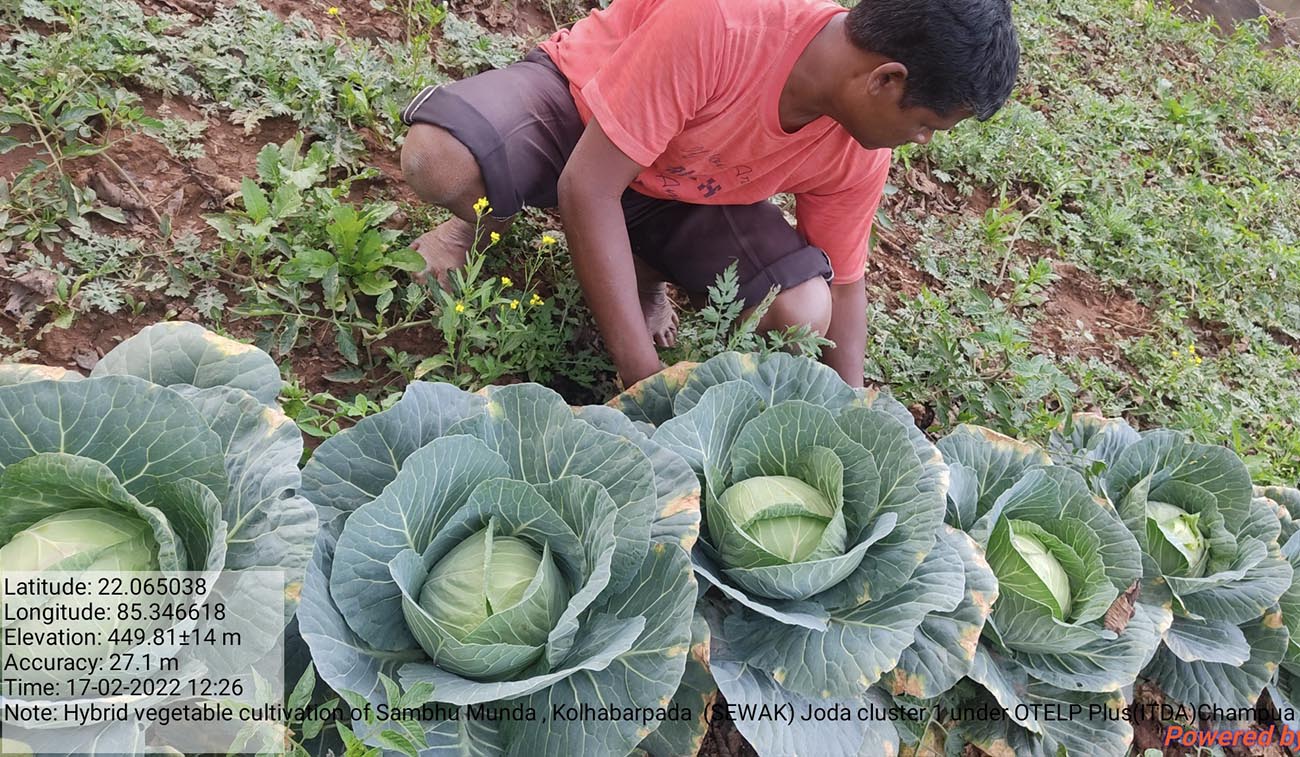